The vibrant and talented Ollie West Band called into the Heritage Centre at Llanwrtyd on Wednesday night and played a superb gig on their national tour. The Machester based ensemble played a fusion of orchestral pop, which was well received by an enthusiastic audience. The second half of their performance the band played every track from their debut album Time Stood Still. Also, check out YouTube for a beautiful animation of their evocative track Home. 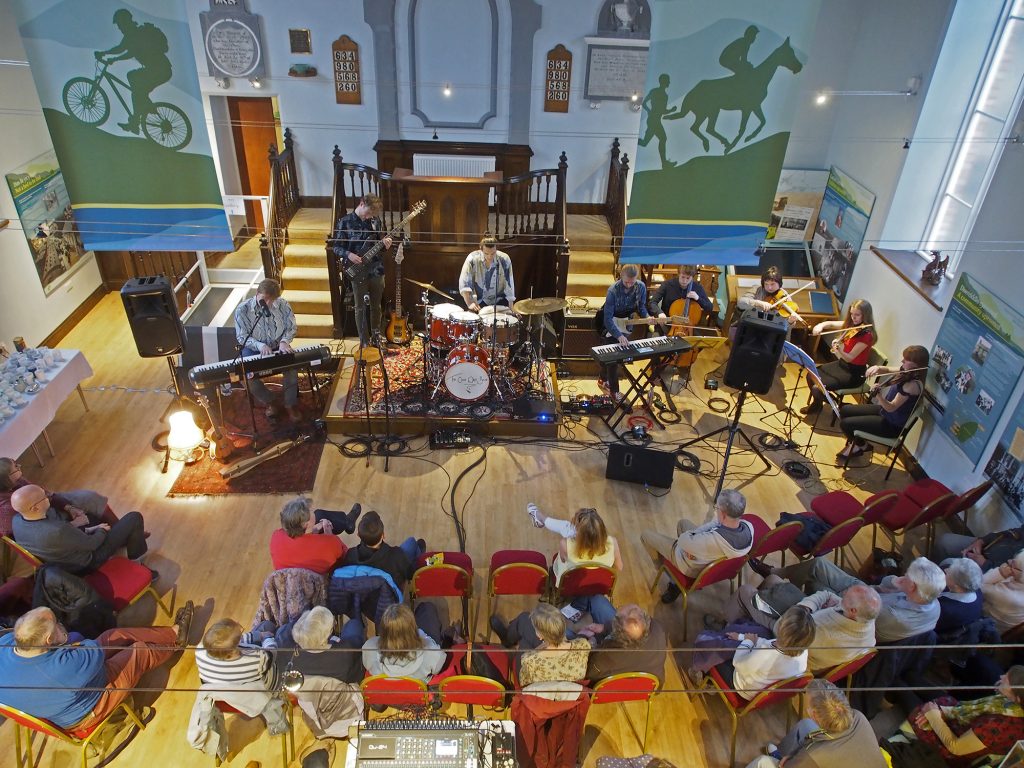 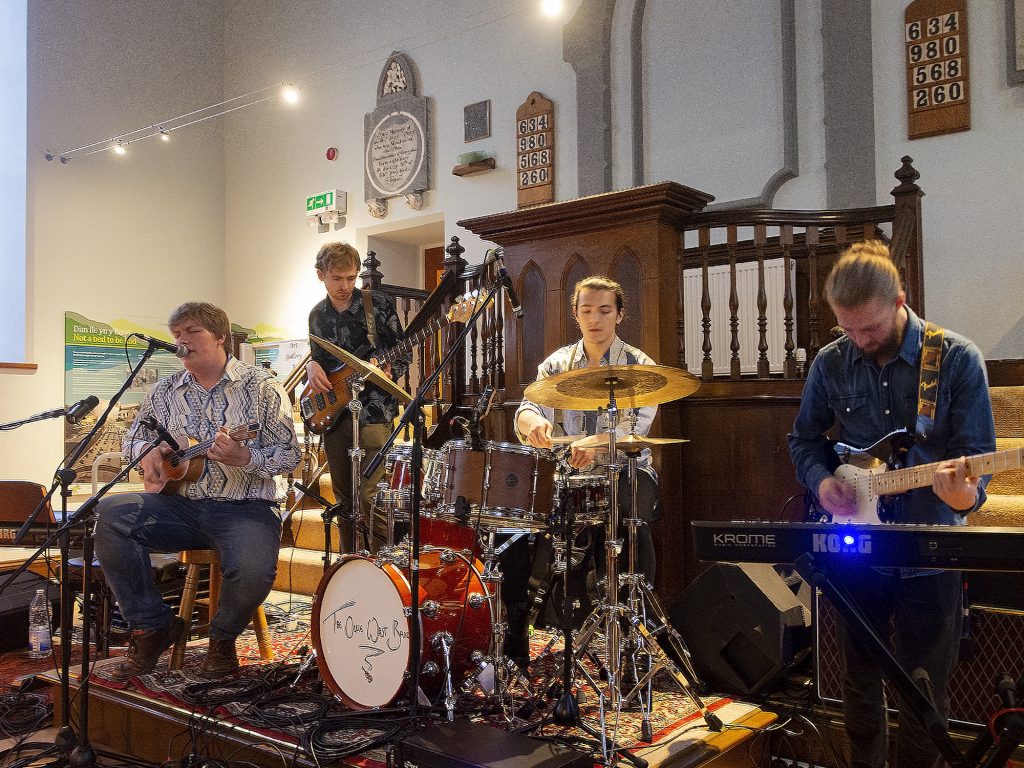 One Reply on “Ollie West Band”